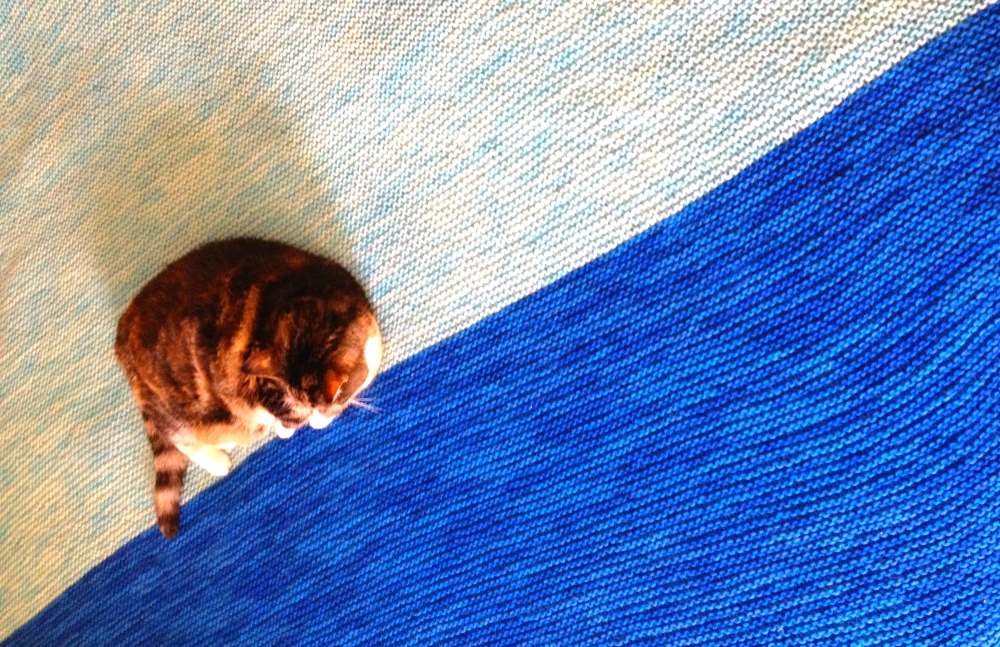 As Tennyson once wrote, “In the Winter a young woman’s fancy lightly turns to thoughts of yarn.”

Or something like that.  My point is, I’ve been knitting.  A lot.  I usually pick up my needles when the days grow short and the cold weather sets in, but this year—this year I’m obsessed.  I’ve been knitting on buses and trains, on long car rides, in waiting rooms.  I even brought my knitting to a brownbag meeting at the office instead of a lunch (not my best idea).

The mania started when I decided to get rid of some cheap yarn that had been hanging around my stash for years.  I made a top-down sweater for my daughter without a pattern!  It was a revelation, like sitting down at a piano and playing Rachmaninoff without sheet music. Then another magical thing happened; I learned how to knit continental.  For you non-knitters, continental knitting means you hold the yarn in your left hand rather than your right, which makes the whole process much more efficient and less carpal-tunnelly.  I’ve tried to get the hang of it for years (years!) and then it all fell into place—in the middle of this blanket. 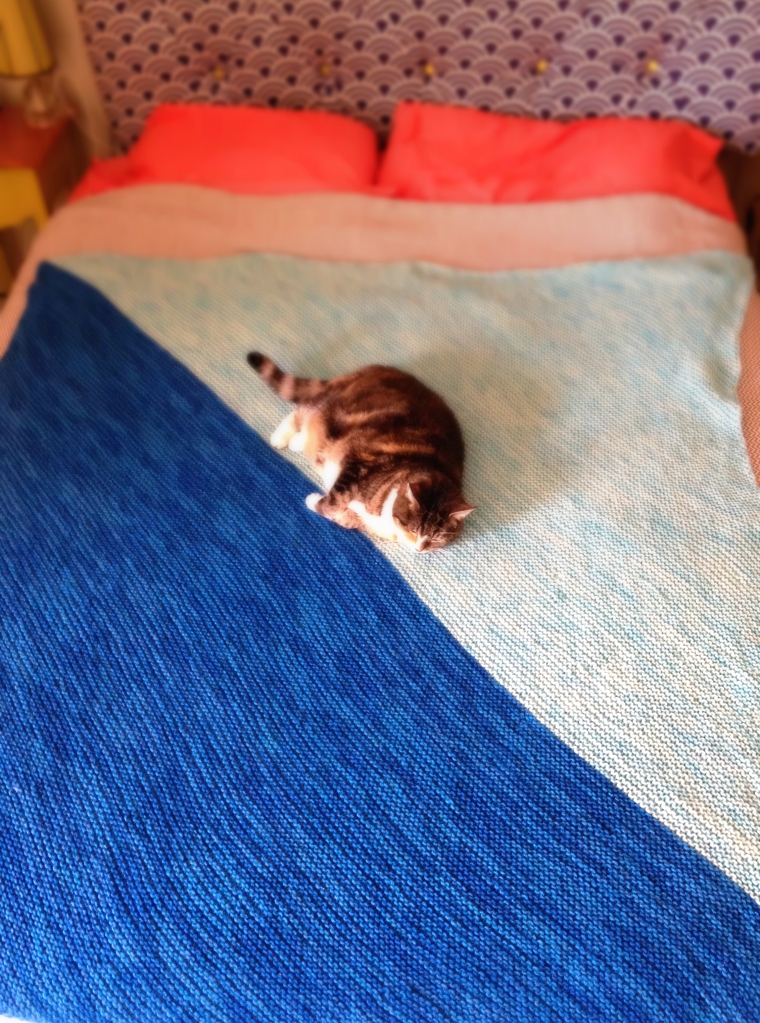 Excuse my shoddy photography.  Ivy here insisted on lending her modeling talents and since I made this blanket as a gift for a friend who has a cat allergy (sorry, Jason) I was in a hurry to wrap up the photo shoot. 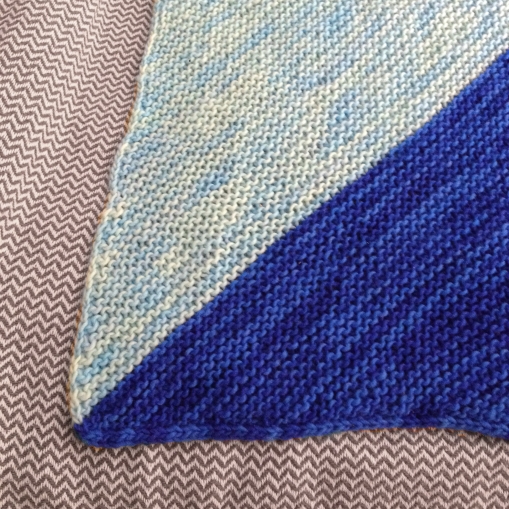 This design is based on the Colorful Corner Blanket by Purl Soho.  You start by casting on five stitches for the corner and increase at either end.  Since I used only two colors, I decided to knit mine into a large square, switching to decreases when I changed to the other color.  So if like me you prefer meditative, mindless knitting projects, I highly recommend trying diagonal stripes.  You get visual interest without much fuss.

And this yarn, you guys!  Due respect to Purl Soho—they sell some pretty special fibers.  But for this project I chose Preciosa worsted from Knit Picks and it’s the softest wool I’ve ever worked with.  (Not to mention, the price is pretty amazing.  Knitting can be an expensive hobby, yo.)  I used four skeins each of Blue Skies and Maritime on size nine needles so the blanket would have some drape.  Try it, knitters! And stay warm.